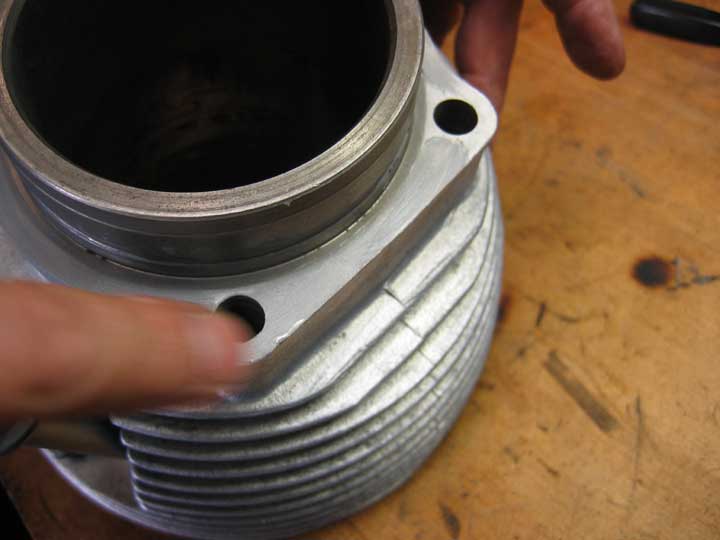 Everyone has things they swear by, and sealants for engines seems to be one of them. Back in my Norton days I gave up on Hylomar because I found it would only remain leak free for a few thousand miles. One of my buddies mentioned that his Yamaha dealer used some stuff called Yamabond to keep the oil in his two stroke dirt bike, and I figured if it could keep that motor dry it was worth a try for the Nortons. It was, and it worked very well. When I started working on Airhead BMWs it was only natural to continue using Yamabond (now a days called Three Bond 1209), and it continued to work well. Right up until the day I pulled a cylinder for a compression bump upgrade and found ThreeBond almost blocking the oil passages leading up to the valve gear. Clearly I'd used way too much of a good thing and almost caused me a bunch of trouble in the process. So when the Gurus on the Airheads mailing list recommended Hylomar because if too much was used the extra would float harmlessly away in the oil, it made sense and I started using it again. Of course my old tube from the 1980's was dry, but since those days Permatex started carrying it and a quick trip down to Kragen's and I was back in business. However, it seems Permatex is no longer distributing Hylomar, and while my tube should last me another ten years, there are other Gurus that contend, as I had found with the Nortons, that the Hylomar would not provide a good cylinder base seal over the long run. And these guys recommend the Permatex equivalent of ThreeBond 1209, a silicon based sealant. 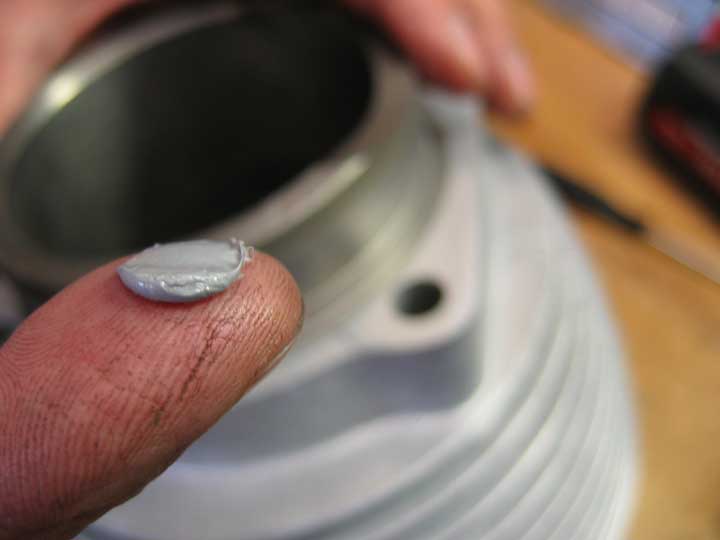 One of these Gurus is Ted Porter, principal of The Beemer Shop in Scotts Valley, California. I visited Ted one misty January afternoon to drop off a transmission for a mainshaft circlip installation, and during the course of our conversation I mentioned the Airheads sealant thread. He offered to show me how he uses the silicon based sealants. Ted had an older /6 motor that he was tearing down (he hadn't finished cleaning the cylinder base sealing surfaces on the crank case) but for illustration purposes he gave a short section a quick wipe with a rag and used his finger to smear on a thin layer of sealant. I wiped a section in the middle clean with my finger and took the photo below to show "how much" is the right amount.

Remember, this sealing surface hadn't been cleaned well enough to warrant reinstallation of the jugs, but it is easy to see how much sealant Ted says is enough. It isn't much, as it is very easy to see right through it (that's red high temp silicon sealant left over from the last "mechanic" that was in there. It was everywhere, including up inside the oil passages on the upper cylinder studs, a clear indicator that way too much got applied). In the shot at the top of the page Ted shows how much sealant was needed to do one cylinder base sealing surface. Yes, that little dab went all the way around!

Also note that Ted likes to use his finger for this job, and that makes a lot of sense to me. I've tried acid brushes and the like, but have found that they tend to leave bristles in the sealant, and that leads to leaks. A clean finger is all that's needed.\

Asking your favorite wrench which sealant is best is a little bit like asking him which is the best oil. There are lots of good answers out there, and a few bad ones as well. I think both Hylomar and ThreeBond have been successfully used for years on BMWs, but I think for my own work I'll go back to ThreeBond, but use it very, very sparingly. 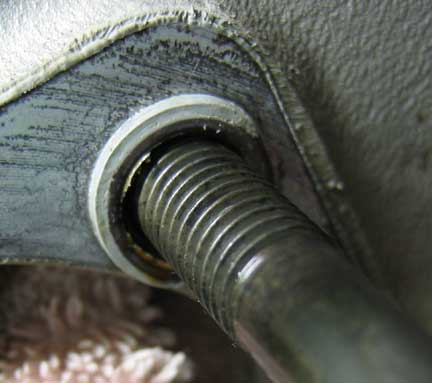 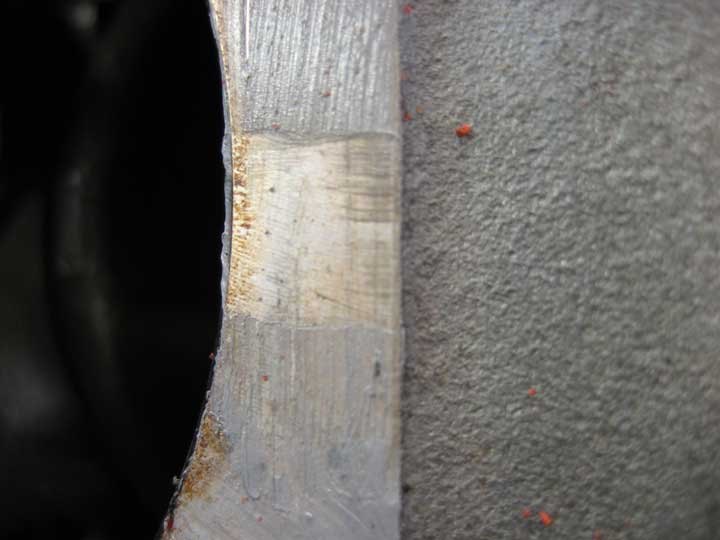