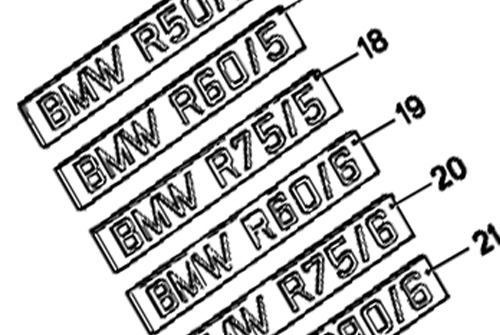 Can someone please explain the difference between a /2, /5, /6, /7 (is there a /8?), and what exactly is an “oil-head” and a “k” bike? And what are these Earle forks that everyone speaks so reverently about?

OK, this is off the top of my head, so it may contain some errors.

2 = second version of some of the Earles fork bikes. The designation is often used incorrectly for all Earles fork twins. Not all were designated /2. Updated normal 500cc bikes beginning ca. 1960 were designated /2. The Earles fork is a swinging arm design, superior for sidecar rigs and off road applications, very plush riding, but a little heavy steering as a solo setup. They do not nosedive under braking, in fact they tend to rise in the front as the bike comes to a stop under heavy braking. These machines have very stout frames with sidecar bosses built in. The fork has adjustable geometry to accomodate the sidehack. The bikes were produced from 1955 – 1969. They came in normal and high performance versions of the horizontally opposed twin displacing either 500 or 600 cc. R50 and R60 designated normal performance. R50S, R69 and R69S are high performance models, the R69S making 42 HP and exceeding 110 mph. Despite the nomenclature, R69 models still displaced 600 cc, go figure…. 1969 models were shipped with either the Earles or a telescopic fork the same fork as the /5 series built from 1970-73. They were designated “US”. So an R69 US was a high perfomance 600 cc with a telescopic fork. There is also a 250 cc bike, this was a vertical single cylinder engine, uncommon in the US due to its lack of performance.

I originally wrote this piece some seven years ago in 1995. Finding that the last of my modified bulbs burned out one filament the other day, I had to make some more up, which gave me an opportunity to revisit the article and to make it more useable.

Note that most if not all states require that any taillight or running light on the rear of a vehicle be RED as per D.O.T. guidelines unless it is used to illuminate the license plate.

The idea is to increase visibility of a motorcycle by the addition of two permanently illuminated rear running lights. Added to the central red light this gives three rear facing lights, allowing car drivers to triangulate on three light sources rather than one, enhancing their depth perception and improving the biker’s safety

I had fitted Full Scale Designs’ running light kit to the front and rear of my K100LT. A nice installation on a not so nice motorcycle, now sold and unlamented. The installation described here is not as elegant as FSD’s but is equally effective. It has the merit of being much cheaper. You can also buy a ready made kit from www.run-n-lites.com for $30 plus a $50 core charge (as of August 2002). I cannot find a listing for FSD.

You must be a member to view complete articles on this website. If you are already a member, you can log in here. If you aren’t a member yet, you can purchase a membership here.
END_OF_DOCUMENT_TOKEN_TO_BE_REPLACED